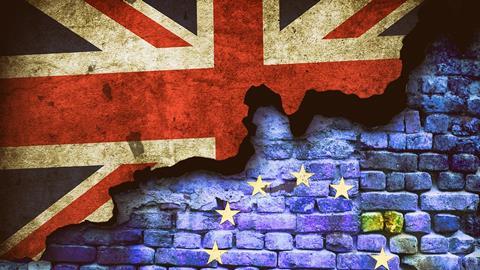 Back to the Future with the UK – EU future agreement

After three and a half years of negotiations on the Withdrawal Agreement and two extensions of the Article 50 process, the UK’s membership of the EU is now at an end. The focus on both sides of the Channel has already moved onto the shape of the future relationship and onto the challenges which will accompany this new set of negotiations. As for the immediate future, the transitional period of the Withdrawal Agreement has just kicked into effect.

The provisions of the Withdrawal Agreement, approved by the European Parliament on the 29th January, ensure that the EU rights and obligations for individuals and businesses remain unchanged until the end of 2020, unless an extension of the transitional period is granted upon UK’s request. That request, however, has been prohibited by the EU (Withdrawal Agreement) Act 2020.

In order to have a future framework in place and ready for the 1st January 2021, the timeframe for negotiations is remarkably tight. Given that the Council is not expected to issue its mandate to the EU negotiating teams until the end of February, negotiations are likely to commence in March, and they must be wrapped up by September or October in order to allow the ratification process to be delivered before the end of the year.

It is already clear that the basis of the negotiations will be a Free Trade Agreement (FTA). It will be a rather unique one, in that an FTA will usually lead to the removal of existing trade barriers, whereas this one will be identifying where new barriers should be raised and where the existing level of market opening should be maintained. While the FTA basis has some benefits for the UK, it also presents three main concerns.

One agreement or more?

The first concern is that an FTA is not the only agreement to be negotiated and concluded within an already tight timeframe. This is because the scope of an FTA is relatively narrow as compared with the issues on the table for the future EU-UK negotiations. These include fisheries, security and police cooperation, judicial cooperation and so on, each of which will necessitate a separate agreement.

Indeed, both parties will want to set up some type of cooperation in criminal justice and security issues.

Similarly, they will also need to address the issue of recognition and enforcement of judgments in civil and commercial matters. To have these mechanisms in place is of benefit for both the EU and UK and for businesses and individuals alike (for example in cases of cross-border family law). If these agreements are not incorporated into the agreement on the future cooperation, the Lugano Convention would be in our opinion the next best available solution.

In addition, there are also a number of other decisions or agreements which will be taking place over the course of 2020 – for example the possible adequacy decision on data and decision on equivalence on financial services or an agreement on fishing rights.

The second concern is that the FTA framework itself is less generous to services than goods.

This is partly because the barriers in trade in services are mostly behind the border (or non-tariff barriers) which are more difficult and laborious to identify and regulate within an FTA. This is in stark opposition to goods which enjoy an elaborate framework of rules.

In services, the difficulties arise from non-tariff barriers – differences in taxation regimes for the domestic and other companies, different environmental or consumer standards that require changes in the composition of products or, as in case of regulated professions, licensing and authorisation to provide services.

Due to these challenges, an FTA typically consists of a narrower set of rules, with more limited enforcement mechanisms and sectoral coverage. FTAs usually aim to open up several sectors of the economy and this remains one of the basic questions in the FTA negotiations.

Timetable to negotiate an FTA and the level of ambition

This raises the third concern, namely how quickly an FTA can be reached given the level of ambition intended by both parties.

On the positive side, the EU has a wide range of existing FTAs, with countries across the globe which can now be relied upon as an indication of scope of the EU-UK FTA. The Law Society has already begun to examine in detail these to identify the provisions which could be replicated in the EU-UK FTA.

The UK Government has been clear that it wants to negotiate an ambitious FTA, yet the details are still to be determined. For a country in which services comprise 80% of the economy, this must surely include services, and especially the legal services sector. Focusing only on goods would see new barriers in key areas of UK national competitiveness.

The EU in contrast has already carried out its internal assessments as to what the important sectors for its economy are in its most recent agreements with Canada, Singapore, Japan and Vietnam. The EU, therefore, knows very well its offensive and defensive interests and those of its negotiating partners. It also means that it has a firm and well-defined negotiating position which may be hard to modify given the process leading to its adoption (agreement of all EU member states) and most of all the extremely short negotiating timetable.

Once the negotiations commence there will be several substages and it is important to understand that, before the negotiations on the substance begin, two parties are often involved in months of talks on the architecture of the agreement and how it is drafted. After that is agreed, the parties proceed to the text-based negotiations and exchange of offers.

This means that the teams from both sides would come forward with their own priorities and negotiate the result. A good result will be a compromise, where both parties achieve a mutually acceptable result. This took 5 years in the case of CETA, highlighting the scale of the challenge if a package that fits the UK’s interests as well as the EU’s is to be reached. There will be areas of interest for the UK that it wants to provide for a maximum access and areas where this would be more beneficial for the EU.

As pointed out earlier, the purpose of this FTA is unique in that instead of negotiating how to remove barriers, the EU-UK FTA will actually raise new ones. Rushing the negotiations and signing up to any existing EU template may see new barriers arising in the areas of most interest for the UK – this may affect the deal available for professional and businesses services, such as legal services.

To make things even harder, any concessions made to the UK by the EU which go beyond its existing commitments may need to be granted to several other parties that the EU has agreements with. This is because several existing agreements include a forward MFN (most favourable nation) clause which prescribes that any advances that are made available to the new parties, in other newer FTAs, should be made available also for the existing trading relationships. It remains to be seen how the EU will approach this question during the negotiations.

It may then be some months before the shape of the future relationship becomes clear. Throughout the process, the Law Society will be flagging the benefits at stake from a settlement which covers legal services and judicial co-operation, and at the same time working with our cross sectoral partners to call for a UK which remains open to EU talent and investment.