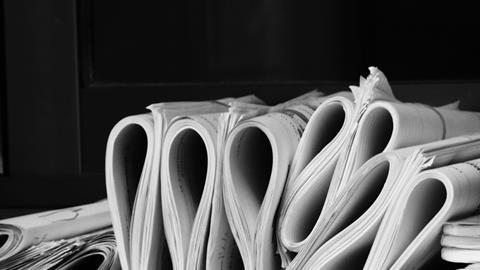 Brexit is about regulation

The British Prime Minister’ s speech in Florence was aimed at rebuilding bridges with the European Union after three unsuccessful Brexit negotiating rounds, while at the same time trying to unite her deeply divided cabinet.  Theresa May called for a transitional period; made a concrete financial offer; softened her tone on the rights of European citizens living in the UK; and repeated her request for a new deep and comprehensive economic partnership between the UK and the EU.

Buried within her speech, the Prime Minister also made this crucial statement: “So the question for us now in building a new economic partnership is not how we bring our rules and regulations closer together, but what we do when one of us wants to make changes”.  In using these words, she made it clear for the very first time that the UK government does not intend to gravitate towards EU sectoral regulations after Brexit.  If her message was not clear enough, the UK government had ‘let it be known’ before her speech that the UK financial services industry would not want to abide by the EU financial services regulatory framework.  And the UK’s Foreign Minister also ‘let it be known’ after her speech that he would not accept the UK abiding by ‘new’ EU regulation after March 2019, i.e., during the post-Brexit transitional period.

Handling regulatory divergence while providing regulatory predictability for businesses and investors on both sides is indeed the biggest legal and technical trade challenge of the Brexit negotiations.  Over the years, trade negotiations have dealt successfully with dismantling tariffs, duties, market access barriers to services markets and even discriminatory standards.  But they have failed at handling regulation in any meaningful way.

I was involved in the negotiations of the first WTO agreement that tackled regulatory commitments, the 1997 WTO Agreement on Telecoms.  Those commitments were seen as revolutionary at the time, and yet they consisted of basic promises not to discriminate and not to foreclose the market.  Since then, other multilateral and bilateral agreements have ventured into the regulatory arena.  But, unavoidably, regulatory commitments continue being of a basic nature.  This is simply because the logic of trade agreements is to dismantle barriers by making mutual concessions.  And that logic is completely different from the logic of the sophisticated single market that the EU and the UK currently enjoy, a system based on regulatory approximation and regulatory trust under the watchful eye of an impartial supranational court.

No matter how much they could dress it up, all that negotiators are likely to be able to achieve is a system of coordination, transparency, advance warning for any regulatory changes and a system of committees or jointly chosen panels to deal with disputes.  But ultimately under such a system, any ongoing disputes can only be settled by reciprocal withdrawals of preferences.  And businesses who operate in the EU and the UK will unavoidably have to do so under two different regulatory frameworks.

If this was not challenging enough, the regulatory discussions under Brexit will also and uniquely be handicapped by the fact that the UK has not yet chosen what regulatory model the UK would like to have after Brexit for each and every sector of their economy.  Until the UK government does that, it will be impossible to have any meaningful regulatory negotiations, as two parties cannot negotiate a common future if one of the parties has not even decided what it wants that to be.

The British Prime Minister called in Florence for creativity and an innovative approach.  The Brexit negotiators will have to use plenty of that, because fitting a sophisticated regulatory negotiation within a trade agreement model, without a supranational court and without knowing the regulatory model of one of the parties is something that, so far, nobody has been able to do.

Miriam González is a partner of international law firm Dechert LLP where she is co-chair of the firm’s International Trade and Government Regulation practice. Miriam previously served seven years as a Senior Member of the Cabinet for EU External Relations Commissioners Chris Patten and Benita Ferrero-Waldner, where she had responsibility for EU relations and trade with the Middle East, the U.S. and Latin America, as well as a FCO adviser during the UK Presidency of the European Union.

Miriam GonzalezMiriam González is a partner of international law firm Dechert LLP where she is co-chair of the firm’s International Trade and Government Regulation practice. Miriam previously served seven years as a Senior Member of the Cabinet for EU External Relations Commissioners Chris Patten and Benita Ferrero-Waldner, where she had responsibility for EU relations and trade with the Middle East, the U.S. and Latin America, as well as a FCO adviser during the UK Presidency of the European Union.