During this year, AFCO was particularly busy discussing the future constitutional evolution of the EU with the aim of identifying the adaptations needed to improve the Union’s capacity of acting efficiently and timely and to enhance the transparency and democratic accountability of its decision-making process in all domains. For this, we followed a two-track approach: exploring the still unused potentialities of the Lisbon treaty and trying to devise the modifications of the treaties that will be needed in the medium and long term to allow the Union to adapt itself to the fast changes our world is undergoing.

We did it in order to respond to the evident growing sentiment of dissatisfaction towards the Union expressed by many citizens. Initially, AFCO was mainly driven by the evidence that the economic and financial crisis had shown clearly the limits of the current institutional organisation of the Eurozone: lack of transparency; absence of clear definition of who decides on what; insufficient democratic scrutiny over the main decisions taken in that area which may affect the life of millions of European citizens. The recent events, like the crisis of the refugees, the problems of security posed by terrorism, the aggravation of political instability and the escalation of military conflicts in our neighbourhood added to the urgency of completing the necessary reforms and participating in the launch a new renaissance for Europe by the 60th anniversary of the signing of the Treaties of Rome, that will be celebrated next March. 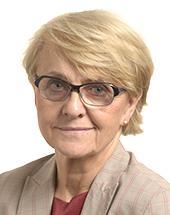 Moreover during the current year, AFCO also fought to advance the negotiations with the Council and the Commission on its proposal for a regulation on the right of inquiry of the EP. For AFCO, this fundamental right of a Parliament must be solidly anchored in the existing legislation. Cases like the scandal of the emission of diesel cars or the Panama papers showed clearly the need to endow our committees of inquiry with the due powers to investigate these kind of problems, which, by its transnational nature, escape the capacities of national Parliaments.

In parallel, AFCO is driving the EP negotiations with the Council on the reform of the European electoral law, so badly needed to provide more visibility and transparency to the European elections, as well as enhancing its real “European” character and promote a wider participation of voters all over the Union. We want to bring Europe closer to the citizens. We need to regain their trust, confidence and faith in politicians, but also in European institutions.

AFCO also worked intensively in order to allow the entry into force of the new interinstitutional agreement on Better Law Making, always putting the emphasis on  transparency, the defence of the prerogatives of the EP, notably in what concerns its role in setting the agenda of the Union and the reinforcement of participatory democracy. Our committee is now leading, together with JURI, the process of putting the agreement to implementation by all the institutions.

Transparency and accountability of holders of European public positions was also one of the priorities of our committee, which welcomes the recent presentation by the Commission of a proposal for a mandatory register of lobbyists. The interinstitutional negotiations are now starting and AFCO has a role in ensuring that the activity of lobbies be more transparent and submitted to public scrutiny, especially while taking into account the influence they might exercise on administrative and political agents participating in the legislative process.

On a different level, AFCO also conducted and concluded during this year a thorough general revision of the Rules of procedure of the EP, aiming at ensuring more coherence, efficiency and simplicity to its functioning while ensuring its necessary transparency and the protection of the rights of individual members.

Finally, 2016 was also a year of British referendum. On 23 June the British citizens decided to withdraw from the Union. Brexit would affect all the policy areas of the Union and may influence decisively its future evolution. As such, it became a central theme of our work, since AFCO is the committee responsible for preparing the position of the EP, which must give its consent to the possible withdrawal agreement to be concluded between the UK and the European Union.