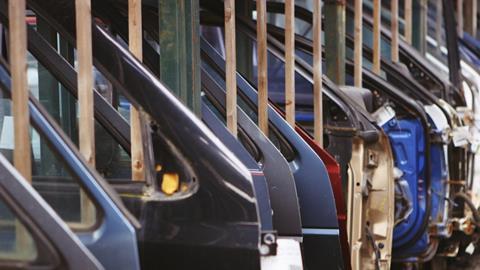 The Brexit journey is underway and there will be plenty of twists in the tale ahead. After all, no country has ever left the EU before. The UK’s legal landscape post-Brexit could get quite a shake-up, with all laws derived from the European Union potentially being subject to change. One such candidate for consideration is the perhaps lesser known branch of competition law known as State aid.

Very broadly, State aid law sets out the rules on government assistance to business. It applies to State subsidies in the form of grants, loans and guarantees as well as a myriad of other ways of giving support. Whether it be the local Council providing a helping hand to fund the town library cafe or the tax man giving breaks to multinationals, State aid law comes into play.

Unlike some European laws which the UK has already incorporated into its own legislation, State aid law is mainly imposed on us from EU level (by virtue of the Treaty on the Functioning of the European Union, directly effective European Regulations and detailed case law from the European Courts). The European Union (Withdrawal) Bill 2017-19 (often referred to as “the Great Repeal Bill”) will ensure that on exit day, the UK will transpose directly-applicable European Union law into domestic law. This includes State aid law. What comes next, however, is still unclear. And, while the subject may on the surface appear low on the political agenda, it should be noted that the mechanisms around subsidies will play an important role in how the UK shapes its economy going forward.

If the UK were to join Norway, Iceland and Liechtenstein as a member of the European Economic Area, rules on State aid would remain much the same by virtue of the EEA Agreement. At present what seems more likely, however, is that the UK will instead enter into a trade deal with the EU and not join the EEA. It is highly probable that as part of any free trade deal, the EU will insist that the UK retain State aid rules to maintain a level playing field for imports and exports. There is an argument to say that the UK’s economy is so integrated with that of the EU that the EU will insist that the UK retain State aid controls on the same basis as the EEA. This is not guaranteed, however. While the EU has entered into a number of trade agreements containing some enforceable rules on public subsidies, such as trade agreements with South Africa and Mexico, it has also entered into free trade agreements in relation to goods with countries such as Canada which do not contain any obligations on the other party to comply with EU State aid rules and limited obligations in relation to subsidies generally.

It is probably acceptable to presume, however, that the UK’s location (and export market) requires a much closer form of economic cooperation with Europe. In 2014, the EU accounted for 44.6% of UK exports of goods and services, and 53.2% of UK imports of goods and services. Some form of harmonisation of subsidies rules therefore appears necessary. However, that does leave questions around enforcement of these between the UK and EU; even if mirrored State aid rules applied in both jurisdictions, what would be the mechanism by which the UK could enforce State aid rules against European competitors? It is perhaps worth noting here that the EU is not shy about encouraging adherence to its State aid policy outside its geographical territory. For example, during its accession talks, the EU had no qualms about making highly persuasive suggestions to Austria that it could introduce a 10% customs duty if it did not reduce the State aid it was considering giving at the time to two car manufacturers.

In the absence of EU State aid law (or any newly introduced domestic regime), the UK is likely to still be bound by the World Trade Organization (“WTO”) Agreement on Subsidies and Countervailing Measures. However WTO rules are by no means a direct substitute for EU State aid law. In general, WTO subsidy restrictions do not cover subsidies to services sectors, but only to goods. Further, the EU rules currently apply domestically; under WTO rules, a subsidy would not be challengeable unless another country could demonstrate that its domestic industry had been adversely affected. In addition, the WTO member states are responsible for the enforcement of WTO rules, so private operators would not be able to raise a challenge against a subsidy given to a competitor. Finally, while current State aid rules help maintain a level playing field in terms of competition, they also recognise areas (whether it be geographical or sectoral) where a bit of State help is no bad thing. For example, EU State aid rules are designed to encourage investment in disadvantaged, sparsely populated regions and in the field of clean, sustainable energy by providing block exemptions. Such block exemptions do not exist under WTO rules, which offer little by way of a framework by which to pursue legitimate policy goals.

Being bound by only WTO rules would arguably give the UK greater freedom on providing subsidies domestically than under current EU rules. The UK Government’s Green Paper on Building Industrial Strategy, in fact, suggests that the UK Government intends on taking a “sector specific” approach to developing the UK economy. This suggests that greater flexibility around State aid rules would help the Government somewhat in providing selective assistance to a given sector.

Devolution within the UK also further complicates matters. A significant relaxation in State aid rules could, theoretically, result in a “subsidy race” between the various jurisdictions of the UK, with the ensuing political repercussions. A significant relaxation in the rules would, in any case, be surprising. Statistics on approved State aid expenditure are published by the European Commission in an annual Scoreboard. It can be seen in the latest Scoreboard that public organisations in the UK spend less directly and selectively supporting businesses than in most other EU countries. Anecdotally, the UK is generally seen as a Member State who encourages regulation and monitoring of State aid more so than others.

It seems likely that State aid rules will persist in some form or another, with the most fitting candidate for the role of enforcement authority being the Competition and Markets Authority (CMA), an independent organisation who already has a strong grasp of competition policy. The House of Lords EU Internal Market Sub-Committee has launched an inquiry into the impact of Brexit on UK competition policy which will explore State aid rules post-Brexit, including opportunities for reshaping these. The deadline for written evidence was Friday 15 September 2017. For the time being, we should proceed on the basis that State aid rules will continue in their current form post-Brexit. This means that public bodies should be careful about even issuing statements which appear to give an undertaking that aid will be provided to a recipient post-Brexit, on the presumption that rules will be laxer. In this regard, readers are directed to the case of Bouygues where the European Court of Justice held that a press release by the French authorities, in essence confirming their intention to fund a telecoms company’s capital base (which led to Moody’s increasing its credit rating on the basis of increased market confidence), amounted to unlawful State aid. As the UK’s trade relationship with the EU becomes clearer, it will become much easier to envisage what, if anything, will change about our rules on State subsidies. For now, however, as with much else, it is business as usual.