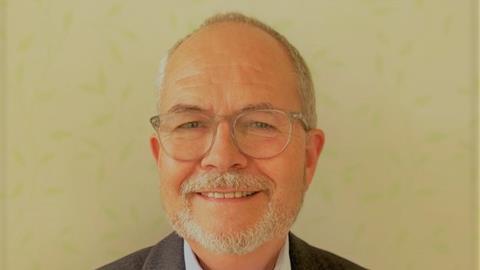 Supporting the Legal Profession in Afghanistan

How can we support the Legal Profession in Afghanistan?

The Law Society of England and Wales, together with many other lawyers’ groups around the world, has developed a number of different strategies to attempt to support lawyers at risk and raise their situation nationally and internationally over the last decade or so. For the Law Society, these have become more sophisticated in recent years as the profession has come under greater pressure in a number of jurisdictions including, sadly, our own. There have been unprecedented attacks on lawyers and judges by senior politicians and ministers in the UK since the Brexit vote in 2016. Vilification of lawyers and judges in the media is one of the main tools used by repressive regimes to attempt to turn the public against those who are protecting the rule of law at the sharp edge of the legal system. Unfortunately, this strategy is often highly effective with members of the public sometimes physically assaulting and threatening lawyers and judges, including in the UK.

Sometimes however the environment for independent lawyers and judges becomes so hostile that all of the measures available to support lawyers at risk have to be brought to bear and co-ordinated across the free world at the same time. The recent situation concerning judges, prosecutors, and lawyers in Afghanistan is one of those occasions. With the last US military aircraft leaving Kabul on 30 August, the Taliban returned to power 20 years after having been ousted by the US putting the rule of law and the safety of the legal profession under immediate threat. The comparatively recently established Afghanistan Independent Bars Association was a sign of hope in a country which traditionally had no co-ordinating professional body to encourage lawyers in Afghanistan to focus on protecting fundamental rights and freedoms. Its President, has represented many in need of legal support and has defended the rule of law in his country. There have been calls from the International Bar Association and others to protect him and members of the Afghan Independent Human Rights Commission, two of whose employees have been allegedly killed by Taliban fighters. Many other judges, prosecutors, and lawyers have been attempting to leave to a safer third country and have received death threats from the Taliban.

In a country where it is becoming clear that women will lose the rights and independence they have fought so hard for over the last twenty years it is not surprising that international attention has focused on some 270 female judges whose position seems particularly perilous. These are women who have struggled to establish themselves as independent judges in an environment which was hostile to them even before the recent events. Many have jailed Taliban fighters for serious offences, involving terrorism and violence towards women and children. They faced many pressures and dangers before the recent change of regime. Two such judges who worked for the Afghan Supreme Court were murdered by unknown perpetrators in January 2021. Their situation since the regime change at the end of August, however, has become far more serious. Since returning to power the Taliban have released thousands of violent criminals many of whom were sentenced or prosecuted by those same female judges and prosecutors who are now at greater risk.  Some released prisoners are reported to be seeking revenge against those who jailed or prosecuted them in the first instance.

The international legal community has been very vocal in supporting efforts to secure that especially female judges, prosecutors and lawyers obtain safe passage from the country. The Law Society has been deeply engaged with various UK government departments, as well as the Foreign Affairs Committee of UK Parliament, to ensure that these legal professionals, who have worked so hard to safeguard the rule of law in Afghanistan, be evacuated and included in the Afghan Relocations and Assistance Policy (ARAP) or the new resettlement scheme (Afghan Citizens Resettlement Scheme - ACRS) and that the eligibility criteria for these schemes do not place a disproportionate burden on those at risk. The considerable delay in opening the ACRS for applications has been disappointing, although the enormity of the task at hand is recognised. The Law Society, together with partner organisations such as the IBA Human Rights Institute, has also made a joint statement to the UN Human Rights Council to highlight the situation of legal professionals in Afghanistan and urge states to support the establishment of an accountability mechanism for human rights violations committed by the Taliban regime Further representations have been made to the UN Special Rapporteur on the Independence of Judges and lawyers as well as to government representatives of the G7 countries; a co-ordinated effort by the G7 Bars prior to the G7 meeting on Afghanistan. The Law Society is also in continuous contact with Bars of EU states, through the Council of Bars and Law Societies of Europe (CCBE) and a network of NGOs to ensure the coordination of efforts for relocation and international advocacy to support legal professionals in Afghanistan. The efforts made in this connection by Dr Marina Brilman, the international human rights policy adviser at the Law Society, have been exceptional.

Whilst these international coordinated efforts are necessary and have had some effect - for example, it has been confirmed that legal professionals at risk would fall under the ACRS eligibility criteria and some have been able to leave Afghanistan - the pressure has to be kept up. The situation is becoming ever more dangerous in Afghanistan, especially for those female judges and prosecutors who are desperately trying to escape. Reports have been received directly from a number of judges that they have received death threats and threats of other violence to them and their family members. Many are now moving from place to place almost daily to try and avoid capture by the Taliban. They have lost their livelihoods and their homes and are in danger of losing their lives. Despite the extraordinary efforts made to secure their passage to safer third countries, more legal professionals at risk need to leave Afghanistan as soon as possible. Most female judges, prosecutors and lawyers are still there and facing extreme danger. Even those who have escaped have not all been able to bring their family members with them.

When helping lawyers, judges, and others at risk, the legal profession internationally is seen at its best.  Let’s keep up the fight.