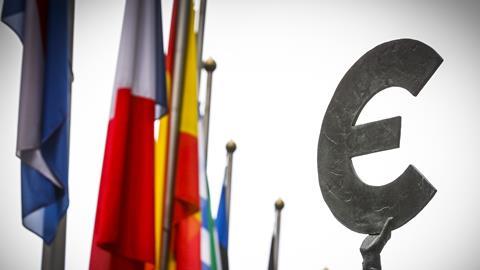 'The Next Mandate – An EU in flux' by Wes Himes

This time next year there will be a new European Parliament (EP), a new relationship with the UK and a new Commission. The impact of these events will be felt far beyond the key dates themselves (May 23-26, March 29 and October respectively) as the rolling landscape of elections and political parties continues to confound poll watchers across Europe. For the thousands of interest representatives in Brussels the challenges posed by the new make-up of the European Institutions and the resulting work programmes are immense.

At the last EP election, the centre-right (European People’s Party) obtained 217 seats out of the 751-seat chamber with the centre-left (Socialists and Democrats) coming in at 189 seats. This 54% represented a majority of Members of the European Parliament (MEPs). The current predications for the May 2019 elections are that the centre-right will return 185 seats and the centre-left 144 out of 705 seats. This is 46.6% of seats. Therefore, any majority will require support from colleagues in other European political parties like ALDE [Liberals], the Greens or ECR [European Conservatives and Reformists Party. The current so-called fringe parties are likely to gain traction and some polls predict close to 250 seats for such parties. Since 2008 over 70 new political parties have now appeared on the scene in Europe and in 5 MS States so called “non-mainstream” parties (regardless of position on political spectrum) are in power - Syriza in Greece, En Marche in France, Lega Nord and 5 Star in Italy, Fidesz in Hungary and Law and Justice in Poland. The resulting breakdown of MEPs from a much larger body of political parties will make odd bedfellows in established European parties or outright new political parties as they jockey for resources and EP positions post-election. Today the sheer numbers of centre-right/centre-left dictate the pace for ‘’ever-closer’’ union but next May the question may now be ‘’more or less’’ union.

A second challenge to the EU programme will be the question of whether a multi-speed Europe will take shape. Already mooted in one form or another by French President Macron and Guy Verhofstadt (President of the ALDE Political Group in the EP), can the EU continue with its single speed status? Whether the debate is triggered by expanding competencies (defence for instance), required fiscal engineering in a euro world (fiscal transfers?), the exit of the UK, or EU expansion with new Member States, the question will have to be addressed sooner rather than later.

A third challenge will be the relationship between the Commission and the Member State themselves. The Spitzenkandidat process, the rise of traditionally Eurosceptic parties in Member State governments, the desire for a separate EU revenue source and/or the request for more QMV voting are all signs of the battle for political competence. Current European Commission President Jean-Claude Juncker stated early in his mandate that his Commission would be a political one, a choice the new Commission President will have to address early on.

What does this mean for EU interest representatives – a challenging landscape for practitioners interested in contributing to the policy process. Seeking support will become more complex and difficult as will working outside the core competences of the current Treaty. As the centre of politics unravels this leaves consensus harder to identify but offers opportunities to the quick and nimble activist(s). This, in turn, will require tools to track and trace public opinion and analyze data – a new development that is slowly bedding down in Brussels. There is also a demand for interest representatives to master their comms brief – no longer does a simple public affairs approach suffice for the big issues of the day (see the battle over the recent Copyright Directive).

Finally, no profession is complete without looking at its own regulation. It is expected that the EU institutions will move quick in the new mandate to settle the discussion on the Interinstitutional Agreement on the ETI register (if it is not agreed by the end of this year). This Register and the rules surrounding the IIA are integral to the entire policy making ecosystem of the EU. Interest representatives’ ability to contribute to the policy making process will be regulated by the evolution of these rules. At SEAP (www.seap.be), we are engaging on these issues as practitioners ourselves and learning to adapt to this ever-changing environment.

Wes Himes is President of the Society of European Affairs Professionals (SEAP), an organisation of all EU public affairs professionals including those operating in trade associations, corporations, consultancies and other representative bodies.