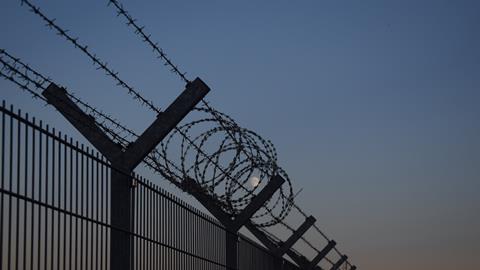 What next for thousands of migrants stranded between the Poland and Belarus borders?

There is currently a major migration crisis happening on the borders of the EU, with thousands of migrants stranded in the no-man’s land between Belarus and Poland, Latvia and Lithuania. All three countries are EU Member States.

It has been widely reported that the Lukashenko regime in Belarus has been encouraging migrants from countries in the Middle East and North Africa to fly to Minsk with the aim to enter the EU from there. Lukashenko’s government has denied any plan to this effect, but between August and November 2021, there were 27 flights from the Middle East into Belarus – by comparison, there were only 5 flights from the Middle East into Belarus throughout the whole of 2020. Journalists who have spoken with migrants from Iraq have reported that Belarusian officials arranged their accommodation in Belarus and helped lead them to gaps in the fence on the Polish border. Some migrants have reported paying up to $15,000 for passage to the EU.

The EU and the US have accused Lukashenko’s government of doing this in order to destabilise the EU because of the economic sanctions imposed on Belarus since the Belarusian election last year that is widely thought to have been rigged; the EU and the UK have not recognised the result.

On the Polish side of the border, there is a three-kilometre strip of land where a state of emergency has been declared, and the only way to gain access to that area is if you live there; are registered as a resident; or if you manage to obtain a special pass. Aid workers and journalists are not allowed into that zone, so it has been difficult for news organisations to independently verify the situation. There is a policy of “push back” which first became law through a minister’s ordinance, with later legislation being passed in October. There are various issues with this, as well as the possibility that it could violate the Polish constitution.

There are around 17,000 troops on the Polish side of the border tasked with enforcing pushback, with allegations of people having their skin slashed by barbed wire fences as they are forced back. On the Belarusian side, they are allegedly using attack dogs to keep the migrants out of Belarus, and reports from Human Rights Watch suggest that Belarusian border guards are forcing migrants to keep trying to cross the border at gunpoint. As a result, people are trapped in the middle. Migrants arriving at the Polish border that have become extremely unwell are taken to hospital, but as soon as they are well again, they are sent back to the border and no-man’s land.

There is a lot of debate on how best to solve this issue; the EU has historically frowned upon physical barriers at borders. In response to the migrant crisis, Poland announced it would build a wall at the border and there is now ongoing debate over whether the EU should fund that wall. Twelve Member States sent a letter calling for additional and adequate funding from the European Commission for this. France’s State Secretary for European Affairs Clément Beaune told reporters, “I am in favour of a Europe that protects its borders, but not a Europe that puts up barbed wire or walls.”

The other option that MEPs and EU officials are implementing is increased sanctions against Belarus. They have also threatened to impose sanctions on airlines that continue to fly into Belarus. This has had some success recently – the Belarusian national airline, the Syrian Cham Wings Airline and the Iraqi government have either stopped their services to Minsk or barred Iraqi, Syrian, Yemeni, and Afghan nationals from boarding flights to Belarus. While the EU deliberates over how to proceed, 100 troops from Estonia and over 100 from the UK are being deployed to Poland to help patrol the border. A group of British engineers also arrived in Poland during the second week in November to help repair and strengthen the existing fencing on the border.

It is clear that the situation is evolving rapidly and is extremely delicate. We will have to wait and see what the EU’s next steps are and whether the situation can be resolved before it reaches new heights.